Shut In: #1 of The Forgotten Shelters Dee Phillips 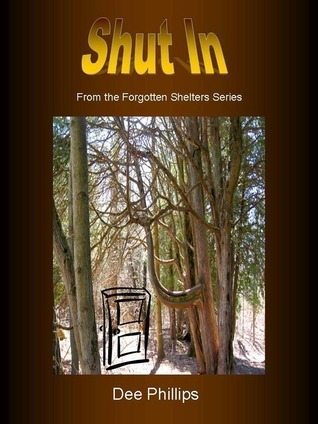 Even so, despite the Cold War, Americans bought houses and settled into their daily lives. But with the possibility of a nuclear war, as the Cold War between the U.S. and the Soviet Union escalated, many Americans considered their options of survival.

Ordinary Americans, often hiding their actions from their neighbors, were digging deep into the earth building bomb shelters in their backyards in order to survive what seemed at the time an inevitable nuclear attack.Civil defense officials spoke of group shelters for 50 million people or more in the new suburban communities, however nervous families took survival into their own hands. Kit bomb shelters costing from $100 to as much as $5,000 (for an underground suite with phone and toilet facilities) were fast sellers.

Around the nation, stores specializing in survival gear were making huge profits. They sold air blowers, filters, flashlights, fallout protection suits, first aid kits, canned goods, dry-packaged food and water. Families stocked their bomb shelters well. They also lived in fear that if an attack did occur, they would be invaded by friends and neighbors seeking shelter when the ‘big one’ dropped. So they built their shelters in the dead of night so neighbors wouldnt see.

And they armed themselves to keep their families and shelters safe from invaders.Things did not improve much by the 1960’s, as an American study showed that still nearly 40% of Americans were seriously considering building a bomb shelter for their own protection. In fact, with the new regime of President John F. Kennedy, he recommended “a fallout shelter for everybody, as rapidly as possible.” to protect citizens and their families in case of an attack from the Soviet Union. Adding to the threat, the Russians even created a blast over central Russia and warned It would take really very few multi-megaton nuclear bombs to wipe out your small and densely populated countries and kill you instantly in your lairs.

When the Cuban Missile Crisis began a year later, the newspaper headlines warned of impending annihilation, crying: Highest Urgency, Kennedy Reports, Invasion Possible, Air, Sea and Ground Forces Ordered Out for Maneuvers, they cried. And Americans continued to build their secret bomb shelters with a frenzy.It was with a relieved sigh that the Soviets backed off and the immediate threat of nuclear disaster began to fade. The bombs never fell…Now, many years later, we can all wonder what really happened to all the backyard bomb shelters that frightened families built.

Did they all become wine cellars, fruit cellars, or have they just quietly filled up with water? Have they really been forgotten?Shut In is the first of a series of short stories about the possibilities of these forgotten shelters.

Comments
Comments for "Shut In: #1 of The Forgotten Shelters":