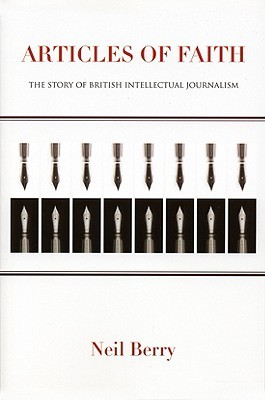 This is a study of British literary reviews and their editors, among them the pioneering Edinburgh Review, the New Statesman, and the London Review of Books. This new edition includes an afterword that discusses the ferocious controversy precipitated by the London Review of Books when, in 2006, it published a gigantic polemic by the American political scientists John Mearsheimer and Stephen Walt on the subject of Americas Israel Lobby.

It also discusses the kinship between the London Review and its transatlantic counterpart, the New York Review of Books, focusing on how the latter became drawn into the controversy and how the two reviews have together played a key role in opening up the vexed question of the special relationship between Israel and the U.S.

Comments
Comments for "Articles of Faith":