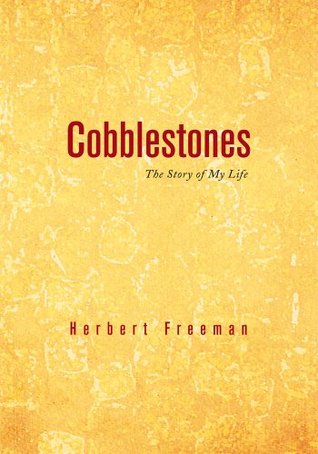 An autobiographical story, Cobblestones describes the life story of the author from his early days in Germany, his emigration during the Nazi period, his separation from his family and his difficulties in obtaining a visa to come to the United States, resolved finally only through the intercession of Professor Albert Einstein. In his new country he had to learn English and adapt to the new country’s culture in Waterford, NY, a small central New York village, and later Cohoes, NY where he graduated as valedictorian of his high school class.

After college and graduate school, he joined industry and within a decade rose to head a department with over 100 persons. This was followed by a move to academia - New York University, then Rensselaer Polytechnic Institute, and finally Rutgers University, from where he retired.

In industry he designed one of the early computers (for which he received the IEEE Pioneer Award). He was active in some of the leading computer professional organizations, traveled widely in the US, Europe, Asia, and South America, and received many awards. Just prior to retirement he founded and successfully led a pioneering software company for eight years.