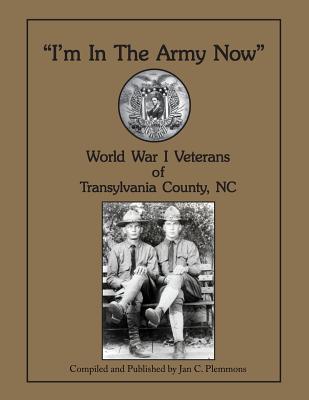 No record can be found of such a book having been printed. Ninety-three years later a book honoring World War I soldiers of Transylvania County, NC is available. Jan Plemmons, compiler, has taken a slightly different format than the proposed 1920 book. There will be no bloody war battles presented, only information about the soldiers and interesting facts of the United States participation in the war. The very first challenge for this publication was to identify the subjects who were in the military between April 6, 1917 and November 11, 1918.

There is no source for ONE COMPLETE list. The list of 470 individual soldiers was compiled from many sources. The primary source of the soldiers records came from the World War I Service Record Cards (SRC). Congress ordered the Adjutant General of the United States to provide each state with a statement of service from the War Department for each individual who served in the U.S. Army during the war. Unfortunately, there is not a Service Record Card for each soldier. Additional lists were created from the 1930 Census that collected military service data, Frankie Monteiths Transylvania County, North Carolina Cemetery Survey, and the World War I files in the NC Room, Transylvania County Library.

Comments
Comments for "Im in the Army Now":