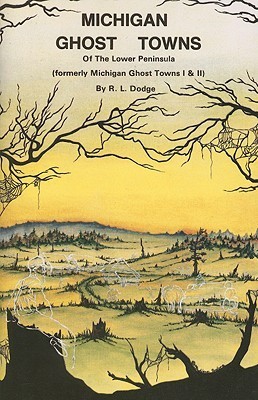 In 1908 Charlie Cote, a Frenchman, was the only inhabitant of Bryant. Orral A. Wardlow, now living at Glennie (1970), said Charlie could feed and sleep half-a-dozen people and his place was modestly famous for his pea soup. Wardlow said Harry Garrett and Ray Rose were supervisors on the railroad. The train, which made one round trip daily, was made up of 20 to 25 bunk cars for hauling logs, and whatever boxcars were needed to haul freight, which was not much. The daily arrival of this train at Glennie was something to look forward to, and greeted by the whole town.

Billie Ellis, the conductor, would go into Joe Solomons general store and help himself to a smoked herring that was always handy on top of the counter, Wardlow said. I dont remember that he ever paid for one, and Joe never complained.

It seemed to be a matter of course that Billie had his herring. Averill: The former village of Averill, famous during the early logging days of Michigan and the Saginaw Valley, lays in a built up business section bordering old US-10 highway between Sanford and Midland. Present day signs advertising a lumber yard, cocktail lounge, and other business places named Red Keg are the only reminders of the notorious saloon with a whiskey keg mounted on a pole and painted red that inspired lumberjacks to call the place Red Keg.

Located on the Tittabawassee River, and later the terminus of the Flint and Pere Marquette Railroad, Averill was the gateway to the vast expanses of white pine timber in the worlds most famous lumbering center, the Saginaw Valley. Red Keg was made famous in legends and songs of the lumberjacks. The Valleys most notorious fight between Silver Jack Driscoll and Big Joe Fournier occurred in this saloon, first operated by Billy McCrary, who was no slouch as a riverman and rough and tumble fighter.

Later the Red Keg was run by Edward Francis, who moved to Michigan from Canada. After the big fire that destroyed most of the village in 1875-76 Francis moved to Sandford where he opened another hotel.

Comments
Comments for "Michigan Ghost Towns of the Lower Peninsula":