Below the Line Sara Chin 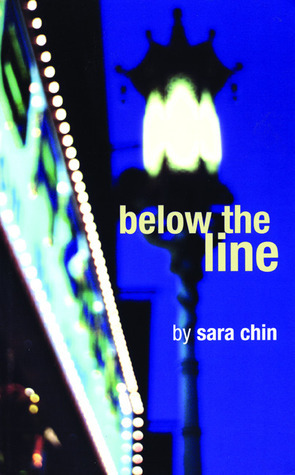 As both the immigrant and the American-raised generations succumb to some deeply American impulses, notions of home and language and self get misplaced, repositioned, changed, and history and memory are reinvented by nostalgia, dreams, and desire.Below the Line is a page-turner, a rich and satisfying collection.

The language is lean and elegant, the humor sly, the characters poignant, quirky, and all-too human, moving with jet-set ease from East to West, and back again…Sara Chin is a smart, welcome new voice in contemporary fiction.—Jessica HagedornSara Chin, with careful ear, takes the reader below the line, where guttural utterances like eh and nh matter, where sounds of immigrant life intrude on a muted screen filled with American signage and gesture.—Karen Tei YamashitaSara Chin writes with subtlety, wit, and feeling…Which one of us cannot identify in some way with the lonely exiles tragicomic struggle for survival and meaning, like the immigrant father who, having made it though bombings and political upheaval in China, gets frantically lost circling the Washington, D.C.

Beltway loop? These wonderful stories express a luminous intelligence and are told with compassion.—Elaine KimAlternating between short stories and even shorter glimpses of the world, Below the Line (City Lights) careens dangerously on the edge of breakdown: emotional, linguistic, familial, cultural.

Her characters are imbued with the weird and lovely qualities of those living on this precipice.—Lawrence Chua, BOMB MagazineChins themes are compelling, but her pace and language are less so—slow, unmelodious, more akin to script direction than to storytelling. Still, in page-long vignettes before each tale, this first-timer displays her true potential, evoking scenes in a sensitively visual language.—Kirkus ReviewsSara Chin lives and works in San Francisco.

Comments
Comments for "Below the Line":